A lecture by Stéphanie Dadour related to her research work “Of(f) the Future: Planning, Conception and Fabrication in the 20th Century Western Architecture.”

Summary:
In Western architecture, the 20th century was rich on the level of the publication of manifestos, of small and big magazines, criticizing and redefining the architectural discipline through numerous debates. At the moment, the capitalist logic is leading to a “profit for profit” system, where “tomorrow” is not regarded anymore as “better than today.” In this sense, what are today’s perceptions of the future and how are we dealing with it? 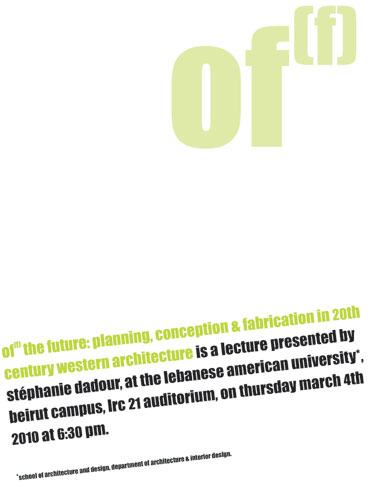