“The Art of Color”

Francesca Chessa lives in Turin, Italy. She trained as an architect before discovering her love of illustration. As an illustrator her work has been exhibited worldwide, winning her international prizes and a selection at the Bologna Children’s Book Fair. She has illustrated numerous successful children’s books and worked for UNICEF and Amnesty International. She is also a professor of color and morphology theory and technique at the IED-Istituto Europeo di Design in Turin, Italy, departments of illustration, graphics, industrial and interior design, fashion and jeweller and she is one of the teachers of the Master’s degree in Illustration for Publishing at the Academy of Fine Arts in Macerata, Italy.

THE ART OF COLOR
“To use color effectively, you need to know that it cheats most of the time,” says Josef Albers.
“According to the interaction with the background, the color can vary either in the direction of light, then be perceived brighter or darker, or in the direction of the intensity, so be perceived warmer or colder.
Just because it is relative and difficult to trap and to judge, I always found interesting the color theory of Joahannes Itten, who tried to make less relevant the color, less subjective and more objective. According to some people the color cannot be outlined, it is like a good music as a background of an image, which is essential to convey the emotion. But even music has its rules.
Itten’s theory, as I have always been using it in my illustrations, lets us free to use any color combination we would like to use at the same time, giving us a deeper knowledge on the use of color,” says Francesca Chessa. 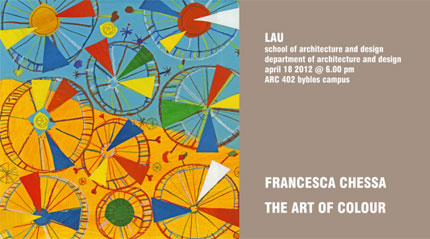