The Archive: Visual Culture in the Middle East 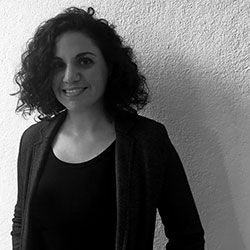 Hala Auji is an assistant professor in art history at the American University of Beirut where she teaches courses on Islamic art, material culture, architecture, exhibitions. and collecting practices. Her research interests include nineteenth and early twentieth-century art and material culture of multi-confessional Eastern Mediterranean societies, with a special focus on the intersecting visual culture of print, manuscripts, photography, and painting. She is the author of Printing Arab Modernity: Book Culture and the American Press in Nineteenth-Century Beirut (Brill, 2016) and has published on various aspects of Arabic print culture, most recently in Middle East Journal of Culture and Communication and Visible Language. She currently serves as the Islamic Art field editor for the College Art Association’s online publication, caa.reviews. 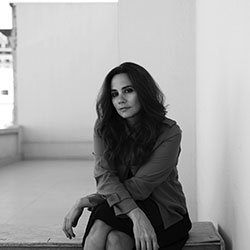 Nathalie Elmir is an award-winning editorial designer and communication creative director. In 2011, she co-founded and directed Portal 9 Journal, a cultural bilingual journal with a focus on urbanism and architecture in the Arab region. From 2006 until 2018, Nathalie was head of the Multidisciplinary Design Department at Solidere (The Lebanese Company for the Reconstruction and Development of Beirut Central District). She has produced a number of corporate publications which received wide recognition and several awards, including the Red Dot Grand Prix Design Award in 2012 and 2014 and the German Design Council Gold Award in 2012. Nathalie’s work has also been featured at the Basel Design Museum and the Red Dot Design Museum in Essen, Germany. Born and raised in Beirut, Nathalie has been an active contributor to the city’s cultural programming and activations of public space. She has conceived and organized street markets to support local industries, such as the Artisans Market, Souk Al Yasmine and the Book Market.

In 2017, she initiated and launched Khan Al Joukh, the fashion incubator in Beirut Souks. Khan Al Joukh is a two-year residency program and communal space that support young Lebanese designers and craftsmen by providing them with free work spaces to develop and grow their businesses.

In 2018, Nathalie founded her design studio. Currently, she is working on a research/design program that brings together architects, developers, designers, and craftsmen to develop alternative urban spaces in the densest parts of Beirut. 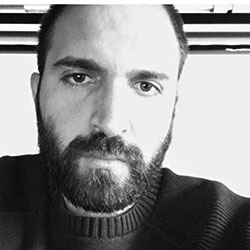 Raafat Majzoub positions his work at an intersection between politics, intimacy and futurecasting — exploring fiction as a tool for individual and collective agency and an arena to construct new worlds. He is the founder and director of The Khan: The Arab Association for Prototyping Cultural Practices and is currently a Part-time Lecturer at the Architecture and Design Department at the American University of Beirut and a Creative Interlocutor for several businesses and social/political initiatives in Beirut and Tripoli. 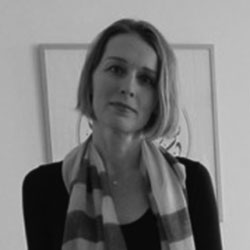 Sonja Mejcher-Atassi is an Associate Professor of Arabic and Comparative Literature at the American University of Beirut. She holds a D.Phil. from the University of Oxford and an M.A. from the Free University of Berlin. She was a Fellow in Residence at the Institute for Advanced Study Berlin in 2017/18. Her research centers on modern Arabic literature, book culture, writers’ libraries, archival and museum studies, cultural history and memory, and aesthetics and politics. Her publications include Rafa Nasiri: Artist Books ed. with May Muzaffar (2016); Reading across Modern Arabic Literature and Art (2012); Museums, Archives and Collecting Practices in the Modern Arab World ed. with John Pedro Schwartz (2012); Writing a ‘Tool for Change’: ‘Abd al-Rahman Munif Remembered (ed.) in MIT EJMES Vol. 7 (2007); in addition to book chapters and articles in academic journals, such as Art History, International Journal of Middle East Studies, Journal of Arabic Literature, and Journal of World Literature.

Paula Roush is the founder and creative director of msdm studio. Her work has been recognized by the Victoria & Albert Museum’s National Art Library, Kaleid Editions, Kassel and Arles photobook awards and Sheffield International Artists’ Books Awards. She has held teaching positions at London South Bank University School of Arts and Creative Industries, University of Westminster Media Art Department and University of London Birkbeck College. She set up the Found Photo Foundation, a home for orphan photographs and imprint of Orphan editions.

msdm [mobile social design matter] is an award-winning art, design and creative studio based in Woolwich, London.  The studio is known for its work with arts and cultural organizations, but its interests extend into the ‘everyday’ experience of visual communication – from food and fashion, to healthcare, education and space regeneration.  Commissions include exhibitions and books, site-specific installations and performative works, workshops and pop-ups in physical spaces. 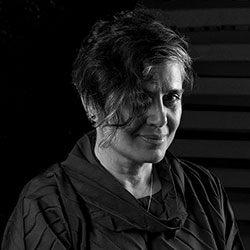 Dr. Huda Smitshuijzen AbiFarès is the Founding Director of the Khatt Foundation and Khatt Books publishers. Based in Amsterdam, her professional, cultural, and educational activities extend from the US and Europe to the Arab World. She holds degrees in design and design history from Leiden University (PhD, 2017), Yale University (MFA, 1990), and Rhode Island School of Design (BFA, 1987). She is a member of the select designers’ organization AGI (Aliance Typographique Internationale) since 2015. She specializes in multilingual typographic research and design, with focus on Arabic typography and design history. She has published several seminal books on typographic design from the Arab World as well as articles to publications and journals. She supervises PhD candidates at Leiden University’s Arts Program and works as design curator, writer, designer, and publisher.

Flip through this event’s brochure