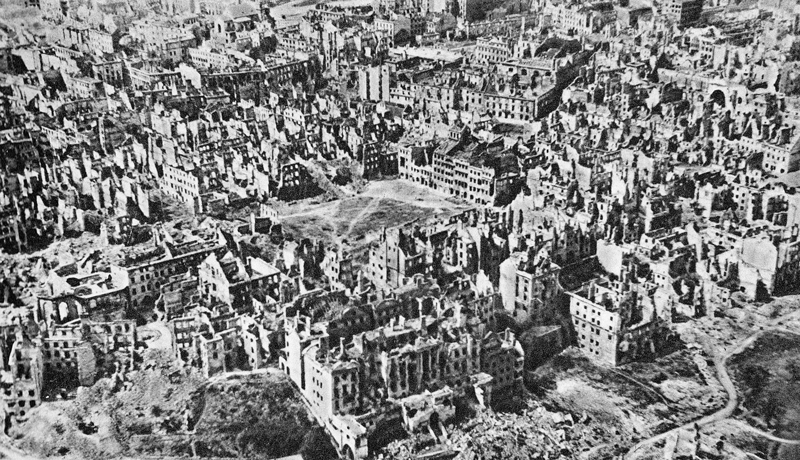 European countries were devastated after World War II, with several cities lying in ruins. This condition necessitated immediate plans and different strategies for reconstruction. While some cities opted for a ‘back to the original’ approach, reconstructing the old cities as they were before the war, while others adopted the CIAM principles and opted for a ‘modernist’ approach, for better or worse.

As we witness today similar conditions of devastation in the Arab world resulting from multiple and ongoing wars from Libya to Irak and Syria, this conference calls for a timely stocktaking of the lessons of the past, so that some of the strategies that led to negative results, would hopefully be avoided.

Bringing together a panel of experts from Eastern and Western Europe, and covering major case studies in Poland, Germany, England, France, and Italy, this symposium seeks to examine different models of reconstruction, gathering the lessons of Europe in a publication.

The symposium will bring together a number of invited speakers, with the keynote lecture given by Prof. Nicholas Bullock. The event is organized by the Lebanese American University in collaboration with the Cracow University of Technology.

This event was generously sponsored by Samir Khairallah & Partners.